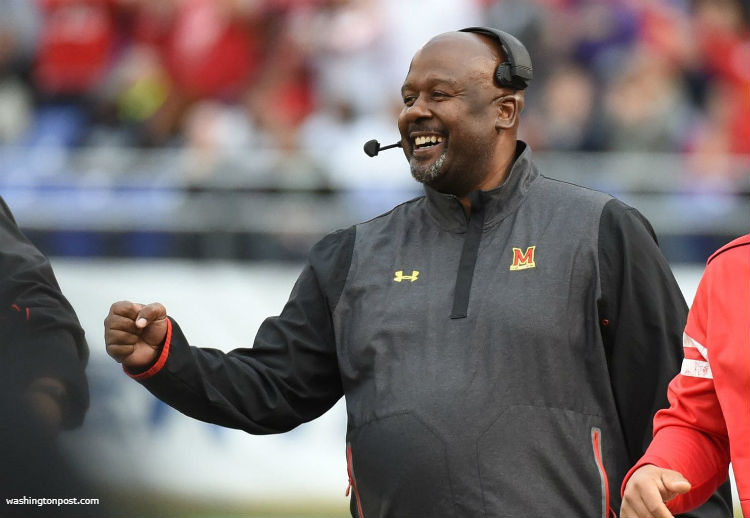 The Syracuse Orange opened up their second road game of the season by allowing the Maryland Terrapins into their redzone twice in the first quarter, and the Terrapins would finish both of those opportunities with touchdowns.

Syracuse punted away their first drive and Maryland responded with a touchdown on their own first drive, when graduate-transfer quarterback Josh Jackson found graduate tight end Tyler Mabry for a seven-yard score.

On their second drive of the game, the Orange would lose possession on 3rd-&-15 when redshirt-sophomore quarterback Tommy DeVito fumbled, forced by senior linebacker Keandre Jones and recovered by sophomore linebacker Ayinde Eley.

Maryland would find their way back into the end zone after beginning their second drive of the opening quarter on Syracuse's 32-yard line, when sophomore running back Anthony McFarland, Jr., ran the ball over the threshold from three yards out to make it 14-0 Maryland with 9:01 remaining on the opening-quarter clock.

Down 14-0, Syracuse redshirt-junior wide receiver Trishton Jackson, who transferred to the Orange last year from the Michigan State Spartans, made a tremendous grab in tight space to keep the team's drive alive.

Then, redshirt-sophomore quarterback Tommy DeVito would air out to a wide open Taj Harris, and the sophomore wide receiver would get Syracuse inside of Maryland's redzone for the first time in the game, on a 29-yard gain.

After DeVito slid down to set up 3rd-&-goal, he would find Trishton Jackson again, this time between two defenders who left him spacing, and the Orange got on the board with a nine-yard touchdown pass play that made it 14-7 Maryland with 4:40 left on the opening quarter clock.

But Maryland would respond on their very next drive, picking apart the Syracuse offense to go ahead 21-7, scoring three touchdowns with 46 seconds still left on the first quarter clock. This touchdown came on the ground in the arms of junior running back Javon Leake from three yards away.

The Terrapins had 179 offensive yards in the first quarter alone, gaining 75 of those yards on this drive that led to their 14-point advantage. They were 3-for-3 to start the game, scoring touchdowns on all three of their first-quarter possessions.

Syracuse would punt the ball away early on in the second quarter, but their defense would force Maryland's first punt of the game right after.

However, the Terrapins would spend little time getting back into the end zone.

DeVito would elude a sack attempt on the second drive of the second quarter for the Orange only to be picked off by sophomore defensive back Jordan Mosley, who would return the ball 13 yards to the Orange 20-yard line.

After an incomplete pass by Jackson, McFarland would get his second rushing touchdown of the contest, gaining all 20 yards needed to cross into glory territory, giving the Terrapins their first score of the second quarter and a 28-7 lead with 9:19 to go before the break.

The "Jekyll and Hyde" performance of the offense would continue, this time for the better, when DeVito would find Trishton Jackson for a sideline grab on the very next drive that provided a 39-yard gain that would move Syracuse from their own 42 to Maryland's 19- yard line. Shortly after, DeVito would set up senior wide receiver Sean Riley, Jr., putting plenty of air and a nice touch on the ball that resulted in Riley's 15-yard touchdown.

Syracuse redshirt-sophomore kicker Andre Szymt would miss the extra point, bringing the score to 28-13 Maryland with 7:21 to go in the second quarter.

Maryland, however, would once again respond immediately, scoring their fifth touchdown of the game.

The Orange had an opportunity on 3rd-&-5 to make a stop, but, instead, allowed a wide-open completion over the middle from Jackson to sophomore tight end Chigoziem Okonkwo that would result in a 23-yard gain to the Orange 15-yard line.

Jackson would try for sophomore wide receiver Carlos Carriere after they failed to connect on the play before. Trying again would prove beneficial when Carriere was left wide open on the right side of the end zone by the Syracuse defense, resulting in a 15-yard touchdown that brought the score to 35-13 with 4:53 to go before half.

Following yet another Syracuse punt, Maryland would score on their seventh possession of the first half.

On this drive, the Orange had another opportunity for a third-down stop, this on 3rd-&-9, but once again would allow a reception, this from Jackson to senior wide receiver DJ Turner for a 29-yard gain to the Orange 45-yard line.

Jackson would connect with McFarland on the very next play and he would break free for a 39-yard gain to Syracuse's six-yard line. He would gain the final six yards when Jackson went right back to him to make it 42-13 Terrapins at half.

Maryland went 6-for-7 in the first half, scoring on six of their seven drives, with all of those scores being touchdowns.

Syracuse, conversely, was 2-for-8 in their attempts in the first half.

Coming out of the break, it took the Terrapins just four plays to continue to pour it on the Orange, with Leake scoring his second touchdown of the game, both rushing, this from 64 yards out, bringing the score to 49-13 Maryland less than two minutes into the third quarter (13:06 mark).

DeVito would get sacked for the third time in the game on Syracuse's first drive in the second half, but responded with four straight completions, the fourth a 52-yard touchdown play from DeVito to Trishton Jackson for Jackson's second score of the contest, making it 49-20 Maryland with 10:36 left in the third quarter.

The Orange would punt for the fourth time in the game, down 49-20, having more punts at the time than scoring drives (3).

Sophomore defensive back Andre Cisco would force the Terrapins first turnover of the contest on their next drive, intercepting Jackson on the Terrapins' 26-yard line. This would be Cisco's first interception of the game and second of the season, wtih one coming in Week 1 at Liberty.

But, Syracuse's offense did nothing on the drive gained by this interception, turning the ball over after trying for it on 4th-&-8.

After each team attained a touchdown in the third quarter, Maryland would head into the final 15 minutes ahead of Syracuse, 49-20.

The Orange would begin the fourth quarter with their second turnover on downs.

Maryland would lean on the run and make it look easy en route to their eighth touchdown of the game, going ahead 56-20 with 8:13 left in the game. This score came from the legs of junior running back Tayon Fleet-Davis from five yards out.

Syracuse's third turnover on downs would come from just five yards away from the end zone, with 4:04 to play.

Reshirt-junior running back Jake Funk would run through and past the Orange defense on the Terrapins' next drive, rushing three times in a row for 54, 28, and 10 yards, respectively, the latter being the scoring play that would make it 63-20 Terrapins with 2:24 remaining.

Backup quarterback, redshirt-senior Clayton Welch, came in for Syracuse's final drive of the contest, which resulted in a quick three-and-out.

Maryland's 63-20 victory raises them to 2-0 this season under head coach Mike Locksley, with both wins coming at home, the other a 79-0 victory over the Howard Bison.

Syracuse's loss moves them to 1-1 on the season, and on the road, after a Week 1 win 24-0 visiting the Liberty Flames.