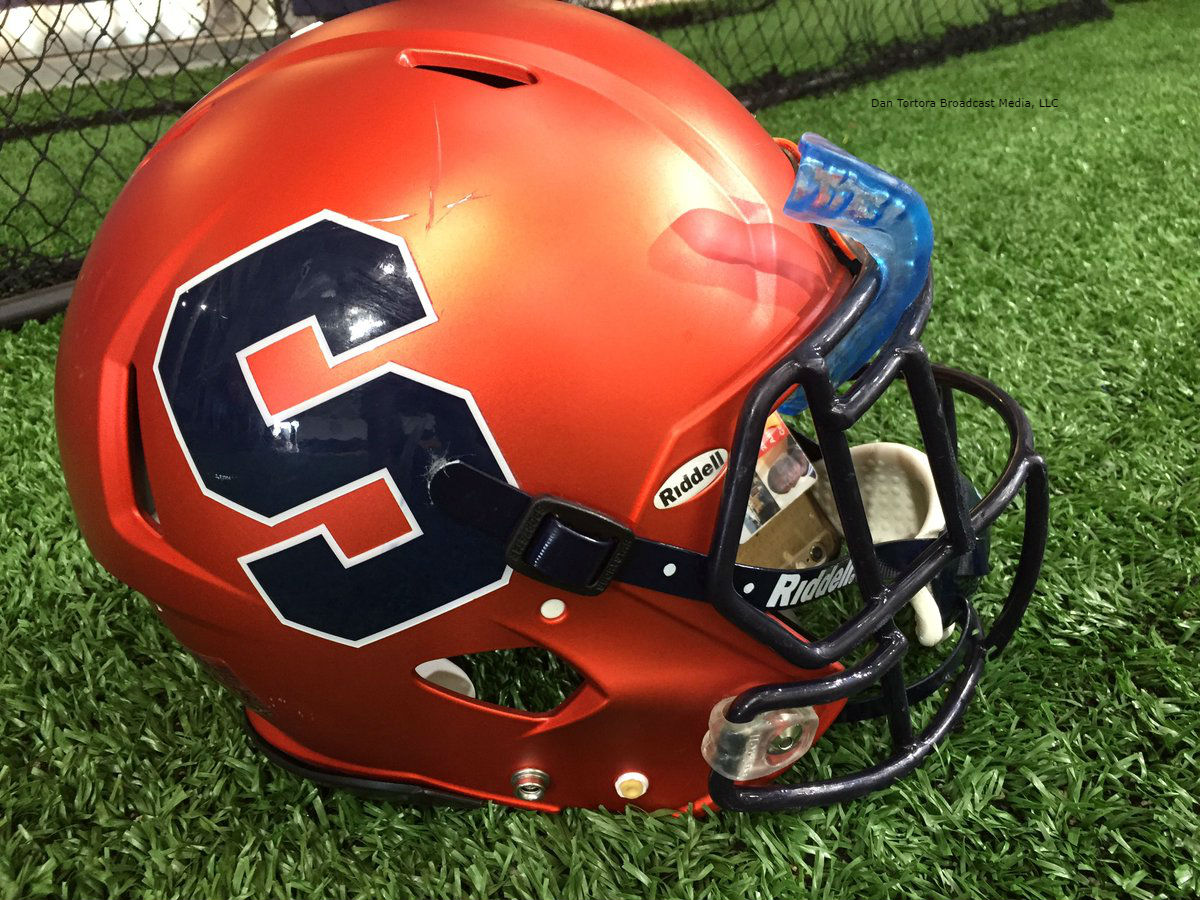 Getting into the end zone...

Watching the clock wind down to all zeroes...

That moment when the Syracuse Orange football squad defeated reigning national champion and the then #2 nationally-ranked Clemson Tigers seems far away in the distance of our memories.

Since that wondrous glimmer of hope in a tumultuous recent history of Syracuse football, there has been little to want to recall and keep top of mind.

The Orange have lost four straight since their defeat of the "big bad wolf", blowing down the house that held any chance of attaining a bowl berth this season.

After holding Clemson to 24 points, Syracuse's defense has allowed their foes no fewer than 27 points and have given up as many as 64 and 56 points in their last two outings, respectively, leaving their defense resembling more of the unit that allowed a basketball game to play out at the end of the 2016 season versus the Pittsburgh Panthers than of that which halted a reigning champion in the middle of this season.

Syracuse followed up a week in which they gave up 734 yards of total offense to the Wake Forest Demon Deacons by allowing 727 yards to the Louisville Cardinals most recently. That means that in the last two weeks of play, the Orange have given just two of their opponents a combined 1,461 yards of total offense.

No matter how many points your offense may score, your defense has to prevent other teams from moving the ball downfield, something the Orange are not doing, as they head into their final game of the regular season ranked 111th out of 130 FBS teams in yards allowed per game.

Adding injury to insult, Syracuse has had to play the last two games without their starting quarterback, junior Eric Dungey.

Despite a three-touchdown start in the first two quarters with backup quarterback, senior Zack Mahoney, at the helm of the offense, the Orange have gone quiet offensively. In their last six quarters of play, beginning in the third quarter of the Wake Forest game and ending in the fourth quarter of the Louisville game, the Syracuse offense has amounted 13 points in 90 minutes of play.

Including their Week-11 loss, the team has not won a single road contest this season in five tries, falling to LSU, N.C. State, Miami, Florida State, and Louisville, respectively.

Against LSU, N.C. State, Miami, and Florida State, Syracuse fought to make a second-half comeback to remain in games where they started without momentum, but one half of play did not cut it.

Versus Louisville, Syracuse appeared to be out of the game from almost the moment the first whistle was blown.

What once was an above par season at 4-3 following the victory over the Tigers, needing a mere two wins in their final five games of the regular season in order to become bowl eligible, has now become an 0-4 spiral downward to last place in the Atlantic Coast Conference (ACC) Atlantic Division and another season without a bowl berth.

Syracuse's last trip to the postseason came at the end of the 2013 season, Scott Shafer's first season as the team's head coach.

Babers, currently in his second season, will not be heading to a bowl berth now in back-to-back opportunities with the Orange.

The team that once took down Clemson has since only taken down themselves.

A win over the reigning national champion without a bowl berth leaves the Orange looking like a Cinderella story, a moment where everything just clicked, as opposed to a team that has replaced their glass slippers with cleats.