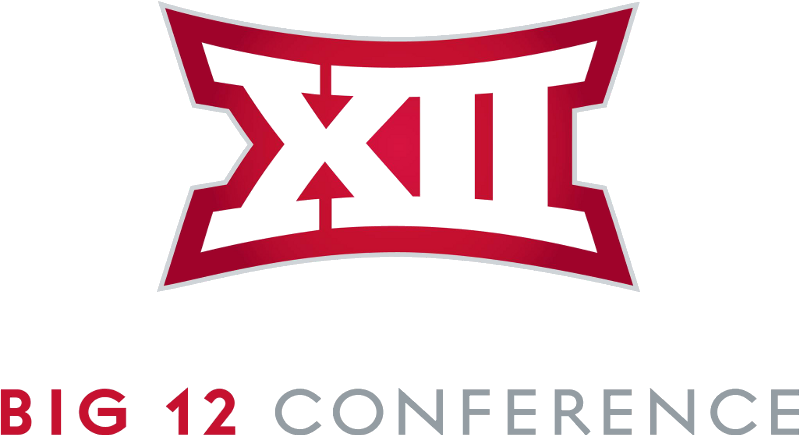 A decade after conference realignment shook the world of collegiate athletics, with Syracuse, Pittsburgh, and Louisville joining the Atlantic Coast Conference (ACC) as full members and Notre Dame becoming a member of the ACC in everything but football, here we are again with somehow an even larger form of shake-up in the college realm.

Maryland departed the ACC and Rutgers left the Big East around this time as well, expanding the Big Ten Conference out to 14 full members.

West Virginia had also left the Big East for the Big 12, and the Big East had dealt with the departures of Miami, Virginia Tech, and Boston College to the ACC years before.

The Big East Conference had existed for all sports, but with Rutgers, Syracuse, Louisville, and Pittsburgh leaving, there were only four schools remaining that competed in NCAA Division I-A football, inside what is called the FBS, or Football Bowl Subdivision. Those schools were Big East members Cincinnati, UConn, and South Florida, with Temple returning to the Big East right before Syracuse, Louisville, Pittsburgh, and Notre Dame (outside of football) decided to depart.

Mike Aresco, the then-commissioner of the Big East would not only see those schools poached, but the name "Big East" and the corresponding logo would leave as well with the "Catholic 7" of DePaul, Georgetown, Marquette, St. John's, Villanova, Providence, and Seton Hall, and Big East football would disappear altogether.

Aresco looked to Conference USA's membership to help build what would become the American Athletic Conference (AAC), born out of the rumble of realignment to be a conference that competed in all sports, including football, with Cincinnati, UConn, South Florida, and Temple being founding members who would be joined by East Carolina, Tulsa, Tulane, Memphis, SMU (Southern Methodist), Houston, and UCF (Central Florida) in all sports and Navy in football only, with Navy football joining a conference after over 100 years as an independent.

As a result, Conference USA had to reload, which they did by bringing in FAU (Florida Atlantic), FIU (Florida International), Louisiana Tech, Middle Tennessee State, North Texas, UTSA (Texas-San Antonio), and Western Kentucky from the Sun Belt Conference. UNC-Charlotte and Old Dominion would also create football programs to add to Conference USA's competition on the field.

The Sun Belt was now left with vacancy in their conference, so they added Texas State, Appalachian State and Georgia Southern rose up from the NCAA Division I-AA, or FCS (Football Championship Subdvision), ranks, and New Mexico State and Idaho returned as football-only members. Coastal Carolina would make a giant splash into the Sun Belt shortly after these moves, joining the conference in 2016, and football becoming eligible for postseason play in 2018, as they transitioned from FCS to FBS status.

Oklahoma and Texas are powerful torch-bearers for the Big 12, or so we thought, as they created a seismic shockwave when they announced their move to the Southeastern Conference (SEC), expanding the SEC to 16 full members.

The Big 12 responded by taking BYU as a full member, a move that saw BYU give up their football independence, and poach a trio of schools (Cincinnati, Houston, and UCF), from the AAC, to actually get to 12 full members for the first time in awhile.

In reaction, the AAC addressed their departures by doubling that in their number of additions, announcing that FAU, North Texas, Rice, UNC-Charlotte, UAB, and UTSA will become full AAC members on July 1, 2023, the same date that Cincinnati, Houston, and UCF officially join the Big 12.

Conference USA also had Marshall, Old Dominion, and Southern Miss announce their move to the Sun Belt, so they had nine schools leave in total. They have since gone and attained Jacksonville State, Liberty, New Mexico State, and Sam Houston.

Along with Marshall, Old Dominion, and Southern Miss, the Sun Belt is also adding James Madison, gaining four and losing two, with Little Rock joining the Ohio Valley Conference (OVC) and UT-Arlington becoming a member of the Western Athletic Conference (WAC). Southern Utah will also join the WAC, coming from the Big Sky.

The ASUN has Austin Peay and Queens University of Charlotte entering competition in 2022 to make up for Jacksonville State and Liberty leaving for Conference USA.

Realignment's current wave has resulted in these moves as well:

Atlantic-10 (A-10) will bring in Loyola-Chicago from the Missouri Valley Conference.

Colonial Athletic Association (CAA) will gain Hampton, Monmouth, North Carolina A&T, and Stony Brook, with James Madison going to the Sun Belt. Hampton and North Carolina A&T are coming from the Big South and Monmouth from the Metro Atlantic Athletic Conference (MAAC). Mount St. Mary's will enter the MAAC as they depart the Northeast Conference with Bryant, who is heading to the America East. Hartford is leaving the America East, reclassifying from NCAA DI to DIII.

Lindenwood and Southern Indiana are reclassifying from NCAA DII to DI, each leaving the Great Lakes Valley Conference (GLVC) to join Little Rock as new memers of the OVC.

The Southland Conference is bringing in Lamar and Texas A&M-Commerce while losing none of its membership.

So the ripple effect of Oklahoma and Texas leaving the Big 12 was felt in NCAA DI FBS, NCAA DI FCS, DII, and DIII.

Two schools moving out of the Big 12 created a transfer portal of sorts that has left us with divisions all over the country, as mentioned above, either losing or gaining membership, or in many cases, both.

Now, here we are mid-year 2022, and two more moves could do what Oklahoma and Texas did, or these moves could create an even larger crater.

UCLA and USC, both located on the West Coast in the state of California, are changing membership from the PAC-12 to the Big Ten in 2023, leaving the coast for a conference based in the middle of the United States.

The irony of this move is that the PAC-10 recently changed their name to the PAC-12 to make sense of their additions of Colorado and Utah that occurred back in 2010, and now their conference is back at 10 again.

Will the PAC-12 remain at all?

UCLA and USC have proven beyond any shadow of a doubt, if for some reason you have not already witnessed this repeatedly, that geography has nothing to do with conferences anymore.

If Arizona, Arizona State, Colorado, and Utah were to move to the Big 12, a conference that once looked vulnerable to the vultures of realignment when Oklahoma and Texas bolted for the SEC, would now become the vulture itself.

I once saw a world where the remaining eight Big 12 members would be divided amongst conferences as follows: Baylor, TCU, and Texas Tech to the AAC, West Virginia to the ACC, Iowa State to the Big Ten, and Kansas, Kansas State, and Oklahoma State to the PAC-12; I also saw Baylor and Texas Tech moving elsewhere, but either way, out of the Big 12. The AAC could have made a play when they had Cincinnati, Houston, and UCF to expand to 14 (which they ironically got to 14 now anyways) and with their headquarters moving to Irving, Texas, and having Houston and SMU already in Texas as well as having played non-conference games against these schools, there would have been multiple reasons that it could have made sense.

The Big 12 would have died, after losing two key schools.

Now the PAC-12 may perish instead, after loing two key schools.

This, friends, is what they call playing the long game.

What once looked like the end in sight for the Big 12 could end up just being a hiccup before the massive feast they are about to present to all of us college sports fans.

Either way, the Power 5 would shrink to the Power 4, and the AAC and Sun Belt will be rushing to grab that fifth spot.

It seems like Marvel is not the only place shaking up their universe, and in the vast reality of endless possibilities, we may have only just begun.

This ride is unlike any you have ever ridden.

And its twists and turns are not for those prone to motion-sickness.

Look at the conference sitting next to you for they may not be the one you leave with when you get off this ride.

Make sure to buckle up!