Syracuse Drops Another Close One at Home 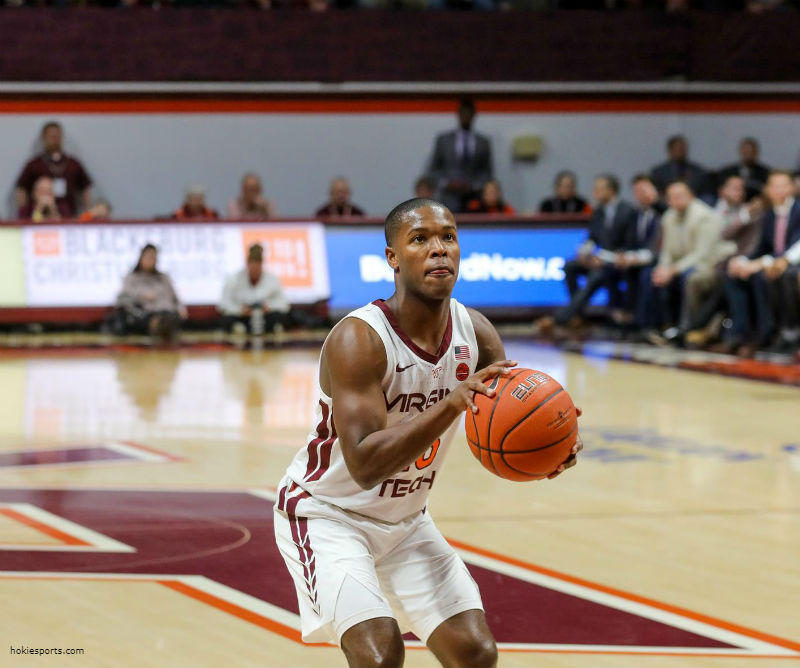 The Syracuse Orange came into their 15th game of the season after losing a heartbreaker in the Dome, 88-87, just three days before against the Notre Dame Fighting Irish.

Coming off of a loss themselves inside the Atlantic Coast Conference (ACC), the Virginia Tech Hokies came into Syracuse, New York, following a 65-39 loss to the Virginia Cavaliers.

Both teams entered the match-up looking to get back to .500 in conference play, with the Orange and the Hokies sitting at 1-2 apiece.

Virginia Tech scored the first points of the game when redshirt-junior forward Elijah Hughes was called for goal-tending.

Hughes responded immediately by knocking down a jumper at the other end for an early 2-2 tie.

Syracuse took their first lead of the game at 4-2 off of a jumper by junior forward Marek Dolezaj, but Virginia Tech quickly countered with a three from freshman guard Nahiem Alleyne to go up 5-4.

The Orange would gain the lead back at 9-7 off of a dunk by junior forward Bourama Sidibe at the 13:18 mark of the first half.

Syracuse would hold onto the advantage for the remainder of the first half, keeping their lead for the final 13 minutes and 18 seconds of the opening half.

At the half, the Orange led the Hokies 33-27 with the final make for Syracuse coming from true freshman guard Joe Girard, III, who wanted it from deep, and eventually took it, fading for three. Girard had 10 points in the first half as the lone Orange player in double-figures.

No one on the Hokies' roster had attained double-digits in scoring in the first half. Alleyne led the team with six.

Syracuse began the second half with two offensive boards on their opening possession, the first by Dolezaj and the second by Sidibe, leading to a jumper by sophomore guard Buddy Boeheim to bring the score to 35-27.

Virginia Tech would outscore Syracuse 15-9 to start the second half, tying the game at 42 when redshirt-freshman guard/forward Landers Nolley II dunked it home at the 10:22 mark.

Girard answered quickly with two makes at the charity stripe.

However, freshman guard Jalen Cone would connect from long range while being fouled by Dolezaj, and would complete the four-point play to move the Hokies ahead 46-44. their first lead since being up 7-4 at the 14:20 mark of the first half. The time between Virginia Tech leads in the game was 24 minutes and 32 seconds, gaining it back with 9:48 remaining in the second half.

With 6:22 to play in the second half, the Hokies had already matched their total from the entire first half, with 27 points.

A questionable defensive foul would end Dolezaj's night with 5:34 to go. He ended the contest with six points, six rebounds, two assists, two turnovers, one block, and one steal.

True freshman forward Quincy Guerrier would fight at the rim, eventually knocking it over to Sidibe who would finish for two, moving Syracuse to a three-point deficit, 57-54.

Cone would expand the lead for Virginia Tech back out to two possessions when he answered immediately from long range to make it 60-55 Hokies.

Upset about the foul called on him that led to two made free throws for junior guard Wabissa Bede, Hughes came back onto the offensive side and drilled a three to get Syracuse back within three, 62-59.

Virginia Tech, however, continued to have an undesirable response for Syracuse, with junior forward P.J. Horne making a two-point jumper, which had originally been ruled a three, giving the Hokies a 64-59 lead with 47 seconds remaining.

Guerrier's offensive rebound and putback followed by a dunk got Syracuse to a three-point deficit again, this time at 66-63, with 9.4 seconds to play.

It just would not be enough, as the Orange lost another close one down the stretch, following their one-point loss, 88-87, to Notre Dame a game ago.

Though they kept Virginia Tech from having the lead for over half of the game, you still have to finish.

Cone led Virginia Tech with 19 points, followed by Nolley with 13 and Horne with 12.

Syracuse only played one off of the bench, that being Guerrier, who ended the contest with 12 points. Hughes led the Orange with 18, followed by Girard and Guerrier with 12, and Boeheim with 10. Two Syracuse players finished below double-digits in scoring, Dolezaj with six and Sidibe with five.