Tar Heels Drop 50+ in 2nd Half to Best the Orange 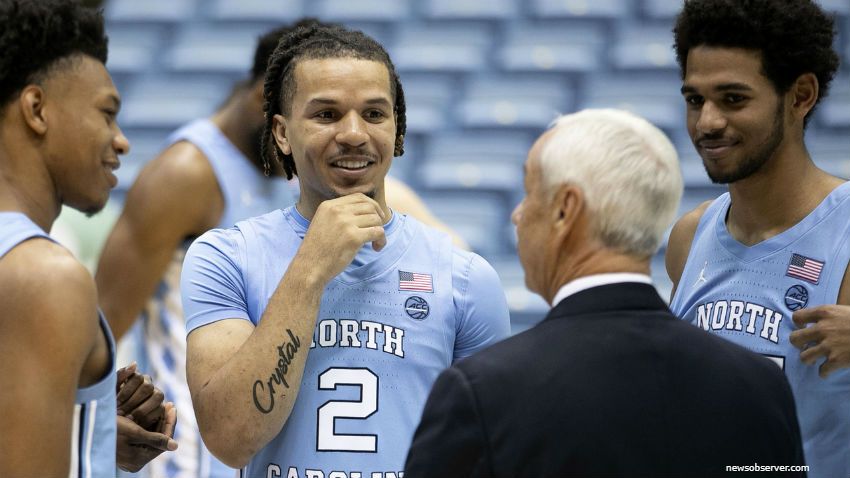 The Syracuse Orange welcomed the North Carolina (UNC) Tar Heels into the Carrier Dome for the team's final home contest before the renovation is complete.

As the Dome undergoes changes, so, too, has the Atlantic Coast Conference (ACC), with the Tar Heels coming into this match-up in last place in the conference among 15 institutions when the Tar Heels are typically somewhere in the top three of the ACC.

The game began well-contested by both, with eight lead changes and five ties within the first eight minutes and change in the first half (20-minute mark to the 11:05 mark).

Sophomore guard Buddy Boeheim would get the next four points for the Orange, from two free throws followed by a jumper, to make it 36-32 Orange with under 1:30 remaining on the first-half clock.

Syracuse would get back within four when Boeheim's missed jumper was rebounded by junior forward/center Bourama Sidibe who put it back up and in at the rim to bring the score to 38-34 UNC.

Sidibe would head toward the rim with 2.7 seconds remaining and get fouled, going 1-for-2 at the line to get the Orange within five at the break, down 40-35.

At the half, Sidibe already had a double-double, with 10 points and 11 rebounds.

UNC came out striking in the second half, going on a 24-13 run that would extend their five-point halftime lead out to a 64-48 advantage with a little over 13 minutes to play. Inside of this run, the Tar Heels made six shots from three-point range, two coming from freshman guard Cole Anthony, two from senior guard Brandon Robinson, and one from graduate guard Christian Keeling.

The Tar Heels made two deep shots all first half, and less than seven minutes into the second half, they had six makes from long distance.

But UNC was not done from long range, knocking down their seventh and eighth three-pointers of the second half before the eight-minute mark. At this time, Anthony had made four three-pointers in the half, and rose to 23 points overall.

UNC would make nine of their 11 team three-pointers in the second half, ending the game 11-for-26.

With 6:26 remaining in the second half, the Tar Heels had already tied their first-half total of 40 points, leading the Orange 80-64.

Anthony and teammate,  junior forward Garrison Brooks, would combine to score 51 points in the game, Brooks with 26 and Anthony with 25. Keeling came off the Tar Heels' bench to score 18 points in the contest.

Boeheim would lead all Orange with 22, followed by Hughes with 19 and Sidibe with 17. Sidibe's double-double final would be 17 points and 15 rebounds, with 10 of those 15 boards coming on the defensive end.