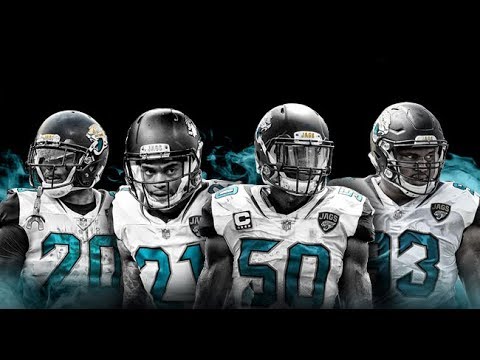 The Jacksonville Jaguars came onto their home of TIAA Bank Field on a seven-game losing streak and following the firing of their offensive coordinator Nathaniel Hackett and benchinf of their starting quarterback Blake Bortles.

Coming off of a run in the National Football League (NFL) Playoffs last season that ended four points shy of the SuperBowl after a loss to the Patriots and then beginning this season with avenging that loss gave hope that the Jaguars could be just as good as last season, but maybe even better.

Then Jacksonville won one game in their next nine tries heading into this home contest with the AFC South rival Indianapolis Colts.

The game began slow, with three points being scored in the entire first half of 30 minutes, those three coming from a field goal by Jacksonville kicker Josh Lambo from 30 yards away with 2:13 before the half.

Indianapolis had threatened in the second quarter, with a field-goal attempt by kicker Adam Vinatieri, and Jacksonville aided Indianapolis in getting a "roughing the snapper" penalty. That placed the Colts on the Jaguars' five-yard line. Quarterback Andrew Luck would find running back Nyheim Hines, but the Jaguars would stop him a yard short on fourth down, giving the Jaguars possession on their own one-yard line.

Jacksonville's defense would make yet another stop on Indianapolis' next drive when tight end Eric Ebron was hit after his reception by linebacker Telvin Smith, who forced Ebron to fumble. Fellow linebacker Myles Jack would fall onto the ball to gain a takeaway for the Jaguars' defense that would provide the drive that concluded with Lambo's field goal.

In his first start for Jacksonville, quarterback Cody Kessler would go 8-for-12 for 65 yards in the first half.

The Jaguars' defense continued to hold strong to begin the second half, giving up a mere five yards on a forced three-and-out to open the third quarter.

Jacksonville gained the tic-tac-toe when their defense stood strong once again, forcing Indianapolis to punt for the third straight time to open the second half.

Kessler would go 5-for-5 on an early fourth-quarter drive for Jacksonville, ending with Lambo's second field goal of the contest, this from 37 yards away to claw the Jaguars up to a 6-0 lead with 11:45 to play.

The Colts, on the other hand, continued to struggle into the final quarter, punting the ball away for the fourth-straight time versus the staunch Jaguars' defense.

Late in the fourth quarter, rookie safety Ronnie Harrison coming from the Alabama Crimson Tide, sacked Luck for a loss of nine yards and a turnover on downs.

The Jaguars recorded three sacks on Luck in the game, with defensive ends Yannick Ngakoue and Calais Campbell each gaining a sack as well.

Luck went 32-for-51 with no touchdowns and one interception versus the Jaguars' defense, a defense that stopped tight end Erik Swoope to end the game 6-0 in favor of the home team.

With the victory, the Jaguars snap their seven-game losing streak and improve to 4-8 on the season.

Jacksonville avenged a loss to Indianapolis on the road 29-26 earlier this season, while also ending the Colts' five-game winning streak, with the Colts moving to 6-6.

The Jacksonville offense only amounted 159 yards of total offense, but the defense's stout performance carried the Jaguars to victory, becoming the first team to shut out the Colts in 12 games this season.

Indianapolis' last time where they were held scoreless was last season when they lost 27-0 on October 22, 2017.

The team that shut them out...