The Steelers Wanted the Jaguars, Now the Pats Have 'Em in AFC Title 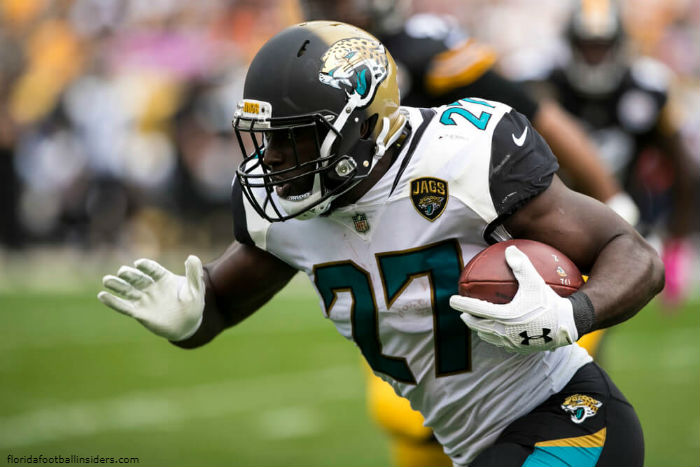 The Jacksonville Jaguars returned to familiar territory in their AFC Divisional Round trip to Pittsburgh, Pennsylvania, to face the Steelers, after having been to Heinz Field back in Week 5 of this season.

That game ended 30-9 in favor of the visiting Jaguars.

With this game meaning even more in a single-elimination situation, the Jaguars got started early. Jacksonville took four minutes and 20 seconds off the clock on their opening drive, where they went 66 yards on eight plays, split four runs to four passes. Bortles completed three of his four pass attempts, each to a different receiver. Tight end Ben Koyack caught the first after the Jaguars used their first play to run up the gut for five yards. The Koyack catch came off a play fake where the Jaguars took advantage of the Steelers respecting the run. Including this Koyack reception, there were back-to-back-to-back first downs for the Jaguars off completions through by Bortles, with the latter two caught by wide receiver Marqise Lee and tight end James O'Shaughnessy.

Then, Jacksonville went back to the run, with running back Leonard Fournette carrying the ball over the threshold for a one-yard touchdown run, providing the team with a 7-0 advantage.

The Jaguars' defense forced a punt by the Steelers on their first drive of the game, where quarterback Ben Roethlisberger completed two of his three pass attempts, but the Jaguars wrapped up his receivers quickly to prevent a first down.

Fournette ran up the middle and got some help from a pile, pushing with him for 10 yards and a first down on the team's first play of their second drive, but Jacksonville would end up punting the ball away after Bortles almost fumbled the ball and then threw to wide receiver Allen Hurns who failed to gain possession.

Nortman and the special teams' unit pitted Pittsburgh at their own 11, following the Jaguars' first punt of the game. Running back Le'Veon Bell got his first carry of the game at the start of the team's second drive, gaining one yard. He followed with a carry that ended in a two-yard loss, courtesy of defensive end Calais Campbell.

Then, Roethlisberger looked to tight end Vance McDonald, who was covered by linebacker Myles Jack. Jack got his hand in the passing lane to prevent the pass, but then grabbed the ball in the air, tapped two feet down, and came up with an interception at Pittsburgh's 18-yard line.

On the first play of Jacksonville's following drive, their third drive of the game, Fournette took a carry to the outside and hooked around the edge. It was originally ruled a 17-yard gain, but after a coaching challenge by Jacksonville head coach Doug Marrone, the officials changed the call to an 18-yard run and touchdown by Fournette. seeing that Fournette's foot was inbounds and toe crossed the goal-line while was possessed the ball. That gave Fournette two rushing touchdowns in the game, matching his total from Week 5 versus Pittsburgh in the first quarter alone, and provided Jacksonville with a 14-0 lead in this AFC Divisional Round match-up.

Pittsburgh would elect to go for it on 4th-&-1, handing off to running back Le'Veon Bell, who was swallowed up by cornerback Jalen Ramsey and defensive tackle Malik Jackson for a four-yard loss and turnover on downs.

The Jaguars achieved their first third-down conversion of the game right before the end of the first quarter, when Bortles found Hurns for his first catch of the game, after Hurns had not gathered an earlier pass try to keep the aforementioned drive alive in the first quarter.

Jacksonville would continue this drive into the second quarter, taking a total of 11 plays 75 yards in four minutes and 36 seconds, ending a drive with yet another rushing score for the Jaguars, when running back T.J. Yeldon took it through tackle attempts by Pittsburgh and into the end zone from four yards out to elevate Jacksonville to a 21-0 advantage.

But the shutout would be no more when, with 8:20 remaining before halftime, Roethlisberger aired out to wide receiver Antonio Brown who broke away from cornerback A.J. Bouye as the ball approached, reeling in the reception and keeping his feet in to move the score to 21-7 Jacksonville.

Jacksonville, after moving into Pittsburgh territory, would punt the ball away, only for the second time in the first half, giving the ball to Pittsburgh at their own 25-yard line after committing an illegal-hands-to-the-face penalty while punting away to Pittsburgh with four minutes remaining before half.

After a run by Bell, Jaguars' defensive end Yannick Ngakoue sacked Roethlisberger who fumbled on the way down. Linebacker Telvin Smith picked up the ball and sprinted down the sideline toward daylight, scoring after gaining the same amount of yards as his jersey number (50) en route to the Jaguars' sixth fumble recovery for a touchdown this season. With 2:20 to play before the break, Jacksonville led 28-7.

Jaguars' defensive tackle Marcell Dareus sacked Roethlisberger for a five-yard loss to force third down late in the first half, and eventually the Steelers were faced with 4th-&-11. Having not achieved a first down on 4th-&-1 earlier in the first half, the Steelers trusted in Roethlisberger, who stepped up in the pocket and send the ball to the end zone to wide receiver Martavis Bryant, who leapt and held on for a 36-yard touchdown that cut the Jaguars lead in half, 28-14, right before halftime.

Receiving the ball to begin the second half, Pittsburgh wasted no time getting back to the end zone after going an entire first quarter without crossing the goal-line. Roethlisberger involved Bell on seven of the team's 10 plays on the drive, in both the rushing and receiving game, with Bell ending the drive in the end zone, breaking away from tight coverage to reel in the ball for a 19-yard score that shrunk the Jacksonville lead to seven, 28-21.

On 4th-&-1 early in the final quarter, the Steelers elected to go for it. Roethlisberger dropped back and tried for wide receiver JuJu Smith-Schuster but coverage on the play by cornerback A.J. Bouye prevented the completion, with the Jaguars taking over on downs for the second time in the game.

Beginning at their own 39, Jacksonviile went 61 yards on five plays to break a 14-0 run  by Pittsburgh. On this drive, wide receiver Keelan Cole leapt up high into the air and got his hands on the ball in double-coverage to move the Jaguars ahead 45 yards to the Steelers' three-yard line. Fournette accumulated the three yards needed, crossing the goal-line for his third touchdown of the game, all rushing. This score moved Fournette one touchdown better than his Week 5 performance against the Steelers, also in Pittsburgh.

Pittsburgh came up on fourth down on their following drive, and for the fourth time in the game, they went for it. With plenty of time to throw, Roethlisberger stepped up and watched Brown chase it down for a 43-yard touchdown off of his end zone reception. This marked the second touchdown for the Steelers in the game on a fourth-down try, and it moved the Steelers back within a touchdown once again, this time 35-28.

On 3rd-&-5 on their next drive, Jacksonville was saved by Yeldon once again, who caught Bortle's attempt and accumulated 40 yards on the play, moving the ball from his own 30 to the Pittsburgh 30.

The Jaguars would lean on the run for three of the next four plays, which was working to move the ball forward and tick time off of the clock.

With the run respected throughout the game, Bortles faked the handoff to Fournette and passed over the middle to fullback Tommy Bohanon who caught the ball in the middle of the end zone for a 14-yard touchdown that gave the Jaguars a 42-28 lead with 4:19 to go.

Roethlisberger would lead the Steelers to three third-down conversions on three attempts on the team's next drive, concluding the possession with a one-yard run forward, then pass backward to Bell who went ahead for eight yards into the end zone, bringing the game to a 42-35 Jaguars' lead with 2:18 to play.

Pittsburgh attempted an onsides kick to follow, and Jacksonville tight end James O'Shaughnessy ran forward to grab the ball and hold on for possession.

The Jaguars, on 4th-&-1, decided to bring placekicker Josh Lambo out for his first field-goal try of the game. Lambo booted it through the uprights from 45 yards away to raise the Jaguars to a 45-35 lead with 1:45 to go.

Seemingly not playing at full steam, Jacksonville allowed Pittsburgh down the field and they capitalized with a touchdown from Roethlisberger to Smith-Schuster with one second remaining, bringing the Jacksonville lead to 45-42.

With a downing of the ball, Jacksonville moved onto their third AFC Championship game in history, and first since the 1999-00 season, to face the New England Patriots in Foxboro on Sunday, January 21st, at 3:05pmET.

A story that still has more pages to come.