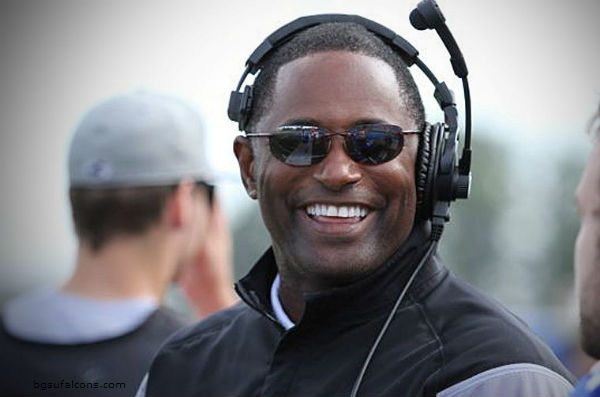 Two seasons ago, there were reports about Dino Babers leaving the Bowling Green Falcons to take the job with the UCF Knights.

Babers openly denied those reports, which turned out to not be true, as the Knights had found their man in Scott Frost, taking him from his post as offensive coordinator with the Oregon Ducks.

Frost turned down the job with the Syracuse Orange when he accepted the opportunity with UCF.

Babers makes sense in central Florida because both him and Frost preach speed on offense, moving the ball rapidly down the field in an effort to gas their opponents and out-do them in endurance. The constant pressure to line up and be ready quickly are what Babers and Frost have both done to opposing defenses.

He also has ties with the Florida area due to his recruitment down south.

Being in the center of the state known for speed would be a perfect playground for Babers to deliver his offense, which could help the Knights' transition in a more seamless fashion since they have been taught a similar scheme under Frost.

What does not make sense is why Babers would leave a "Power 5" school for a school in a conference yet to be regarded in as high a light as the Atlantic Coast Conference (ACC) where Syracuse resides, along with the Southeastern Conference (SEC), PAC-12, Big Ten, and Big 12.

However, the size of the campus and the weather are too easy sells for UCF that Syracuse does not have and fighting to get out of the basement of the ACC may look less desirable than taking over a team that has turned the corner much faster than the Orange.

Babers would be inheriting talent that has worked diligently to change the culture of UCF, and have succeeded in doing such, raising themselves to the top of the American Athletic Conference (AAC).

Both Eric Dungey, who will be a senior at Syracuse, and McKenzie Milton, who will be a junior at UCF, are attractive dual-threat quarterbacks to coach, and the Knights offer a bonus in their rushing attack that features student-athletes like Adrian Killins, Jr.

There are receiving targets that can return to UCF like Otis Anderson, who will be a sophomore, Dredrick Snelson, who becomes a junior, and Tre'Quan Smith, who is now heading into his redshirt-senior season.

Syracuse is losing their top two receiving targets in Steve Ishmael and Ervin Philips, both of whom have finished their collegiate eligibility.

As you can see, there are points that make sense and even the notion of leaving the "Power 5" working against UCF can be argued.

It will be a wait-and-see from here, but you cannot deny that a coach with speed on his mind makes sense with the Knights, nor can you deny that Babers has become attractive after defeating a Top-25 ranked team in each of his first two seasons with the Orange, with a win over the Virginia Tech Hokies in 2016 and a victory over the reigning national champion Clemson Tigers in 2017, Clemson's only loss of the regular season.