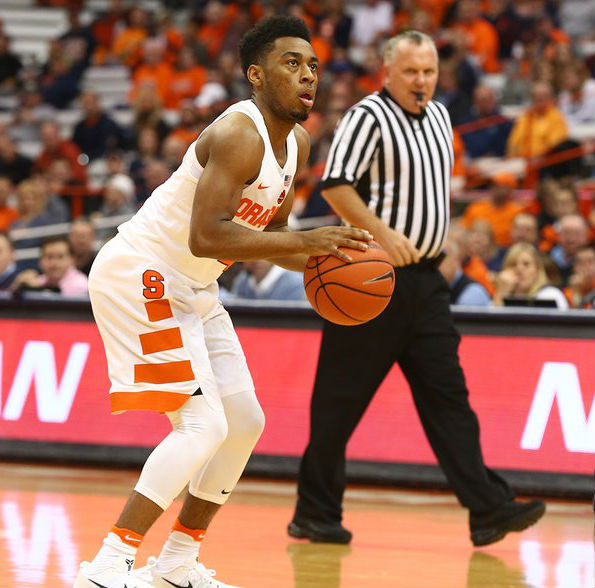 He has worked out for the Houston Rockets and is in Denver, Colorado, currently to work out with the Denver Nuggets' franchise.

The Portland Trailblazers, New York Knicks, Oklahoma City Thunder, and Miami Heat have also shown interest in Gillon, who averaged a little over 10 points and five assists per game with the Orange in the 2016-17 season.

Gillon scored 20 or more points six times with Syracuse, including the game-winning three-pointer to top the Duke Blue Devils inside the Carrier Dome and 43 points on the road versus the N.C. State Wolfpack, where he scored the team's final 20 points in regulation to force overtime, where the Orange would come away with a victory.